Platinum is a precious metal that can be found in jewelry and even some of the newer type coins such as the American Platinum Eagle or the platinum Maple leaf coins. The reason it works great in jewelry is that it is corrosive-resistant. You wonâ€™t get that green tarnish around your neck or fingers as you do with other types of metal such as copper. And platinum is much more valuable than silver. Itâ€™s right up there with the value of gold and sometimes even more valuable.

So you are probably wondering if platinum is a metal that you can find with a metal detector. Thatâ€™s exactly what we will be discussing in this article. I will also explain what you can actually find thatâ€™s made out of platinum and how to tell if a metal that you have found is platinum.

How Can You Tell if a Metal is Platinum?

If the hallmark is worn off or not on the item that you have discovered then there are a few tests that can be conducted to determine if the item found is actually platinum. The tests are:

In my opinion, the safest and most reliable method to test for platinum would be the acid test because you will get an immediate result and you wonâ€™t ruin the item. And of course, the quickest way in the field to find out if you have platinum is to check for a legal platinum hallmark.

What are the Different Platinum Group Metals?

There are six elements that make up the platinum group of metals and they are:

All six of these metal elements have high corrosion resistance, high melting points, and high heat resistance. All these characteristics allow this metal group to be included in many manufactured products such as car parts and jewelry.

Where to Metal Detect for Platinum Jewelry?

Like I said earlier platinum is sometimes found in jewelry. There are a number of places you can detect jewelry because people lose jewelry all the time. Some of the best places to detect platinum jewelry are:

You get the point. Wherever people congregate you might find lost platinum jewelry. Make sure you get permission before metal detecting in any private or public spaces.

Where Has Placer Platinum Been Found?

Platinum is a metal that is found deep in the earth and is pushed up to the surface from time to time. Placer platinum nuggets have been found in various places all over the world including:

If you come across a nugget that you think might be platinum it will be heavy much more heavy than silver would be so keep that in mind when determining that type of nugget you have found. Another thing to keep in mind is that aluminum melted down can sometimes resemble a silver or platinum nugget so if what you found is really light in weight then you probably have found a melted aluminum can or tin foil.

The Best Metal Detectors For Platinum

Many if not most metal detectors can detect platinum. There isn’t a metal detector that I know of that can indicate when platinum is present but if you follow the owner’s manual it will sometimes give you an idea of what to look for when detecting platinum. Some detectors will have the jewelry detection mode that will tell you if you have found jewelry and the jewelry may or may not be made of platinum.

The following are 3 metal detectors in different levels of price range that can find platinum: 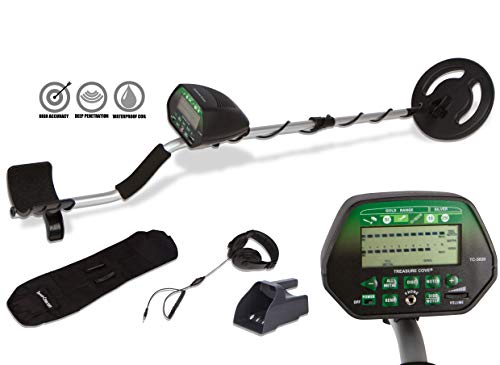 The Treasure Cove metal detector is the cheapest machine I could find that says it can detect platinum. This metal detector can also find gold and silver. It comes with a pair of metal detecting headphones and a sand scoop. It even comes with a pinpointer mode so you can pinpoint exactly where the target is within inches.

The control panel has many features that the higher-priced metal detectors have such as sensitivity levels, discrimination settings. It can tell you if your target is gold or silver and if you’re detecting coins, rings, or junk. It’s a very fair price at under $150 which is cheap for a metal detector.

You also get visual and audio cues that you don’t always get with this level of a metal detector. It’s fair to say that this would be a good metal detector for the beginning detectorist. You can check it out on Amazon by clicking the button below. 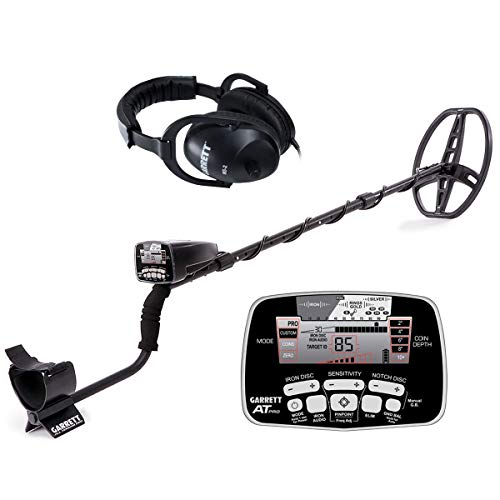 The Garrett AT Pro is the next level up of metal detectors that can detect platinum. The AT Pro can also detect all other metals as well. If I had to choose between the 3 I would pick the AT Pro as the best all-around metal detector for the price.

This machine is priced at around $600 but if you want a metal detector that can do just as much as the more expensive machines then this one is for you. It has depth detection tells you if you are finding gold or silver and if it is a coin, jewelry, or just junk.

The Garrett AT Pro can be found on Amazon. Click the button below to find out more. 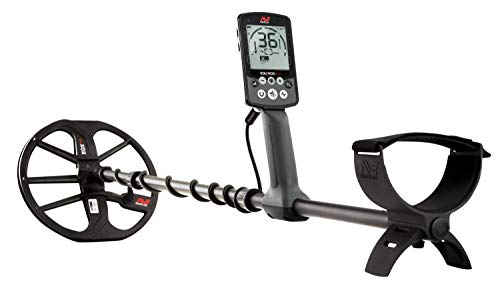 The last but not least one on the list is the Minelab Equinox 800. This machine is used by many experienced metal detectorists and it’s capable of finding platinum along with all types of other metals. You will find the price high at just under $1000 but if you want a machine that can do it all and then some you might want to take a look at the Equinox 800.

This machine comes with 4 detection modes:

Depending on where you are at and what you are looking for this metal detector can adjust itself to the specific task and soil composition you are detecting in. The Equinox 800 is also fully submersible up to 10ft of water. Not many metal detectors are this versatile on land or water.

If you are going to get serious about metal detecting then the Equinox 800 by Minelab is worth a look. You can check it out on Amazon by clicking the button below.

Now that you know metal detectors can find platinum don’t be disappointed if you don’t find any platinum nuggets because they are very rare and most of them have been found in mining operations. But it is possible. You will have a better chance at finding jewelry or coins that are made out of platinum.

I hope you have found this article informative. If you have any questions or comments please leave them in the comments section below. I always love hearing from my readers. Until next time Happy Treasure Hunting! 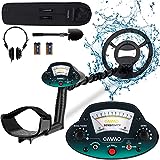 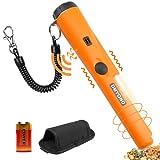 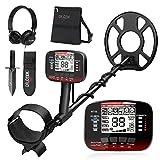 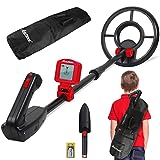