Metal detecting is a fast-growing hobby that has the potential of bringing about some really great finds. They aren’t always profitable, but the adrenaline rush of finding something that was hidden away is too good for some to ignore. However, paying for expensive equipment makes those on a budget more hesitant to start the hobby. This leaves potential metal detectorists asking if there are cheaper alternatives.

It is possible to metal detect without a metal detector by using a strong magnet. This is the preferred method for finding ferrous items underwater and is referred to as Magnet Fishing.

When things get lost in the water, a regular detector isn’t going to cut it. A strong magnet is capable of pulling up a wide range of ferrous items that have been lost for an extended period of time. Keep reading for more information on this method of metal detecting and treasure hunting that doesn’t require a detector.

What is Magnet Fishing?

Magnet fishing is a term used to explain a method of treasure hunting with a strong magnet on a rope, typically underwater. Most hobbyists consider it more interesting than typical metal detecting or traditional angling due to the fact it’s more likely to bring up a find.

Keep in mind that there are often local laws and ordinances about treasure hunting, metal detecting, and even magnet fishing. As magnet fishing often has a higher risk associated with it, it is important to be informed as possible about it and know what to do, where to go, and who to talk to in order to make it as stress-free and safe as possible.

As with most hobbies, there is a range of supplies that someone could use for magnet fishing. The bare minimum will always be a strong, durable magnet and a rope. After that, it’s all up to the preferences of the hobbyist.

There are two different kinds of magnets to consider. Here are the basic differences between the two types:

The grade of the magnet is also important to consider, as a higher grade is going to be a stronger magnet. Simple hobbyists, beginners, and those on a budget will do just fine with a ferrite magnet but consider hard ferrite magnets as the softer ones are not as durable and useful underwater.

Typically, paracord is used due to its durability and lightness. It’s important to pick out a rope that can either match or exceed the pull force of the magnet being used otherwise the magnet is going to get lost very quickly. Using a rope that is at least 50ft long will also ensure getting to the bottom of most waterways.

Gloves are something that’s considered both optional and necessary. Chances are, whatever is being fished up is going to be covered in rust which can harm unprotected hands. Additionally, gloves give a better grip force when handling a rope.

There’s also the fact that sometimes what is fished out of the water is something that needs to be turned into the authorities such as weapons, stolen goods, and other more macabre things. Using gloves ensures these things keep their integrity for officials to do what they need to with them. 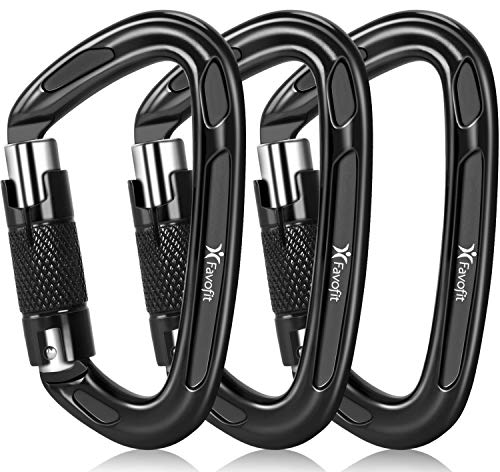 Carabiners are often preferred to tie a rope directly to a magnet since they can be easily clipped on and off when a magnet needs to be replaced. Unfortunately, this also adds another point of potential failure, so it’s really more of a preference for those with multiple magnets who don’t want to bother constantly tying and untying things.

If a carabiner is being used, make sure that it can hold up to the weight of what the magnet can carry otherwise it’s just going to break.

Threadlocker is a nifty little product that helps make it so items using a screw— such as most magnet fishing magnets and setups— are harder to pull apart. There are various strengths available but be sure to still be able to unscrew the locked threads with tools available in case of an emergency.

Simply put, a bucket is an awesome way to carry around finds that are going to be kept, scrapped, or turned in so keeping one around— just like in traditional angling— is a worthwhile investment according to most magnet fishers.

Unfortunately, there are going to be times when a magnet gets caught and it’s going to be better to ditch the magnet than the whole setup. There are very few instances where it’s worth trying to retrieve the magnet, so it’s best to just cut the rope and be done with it. 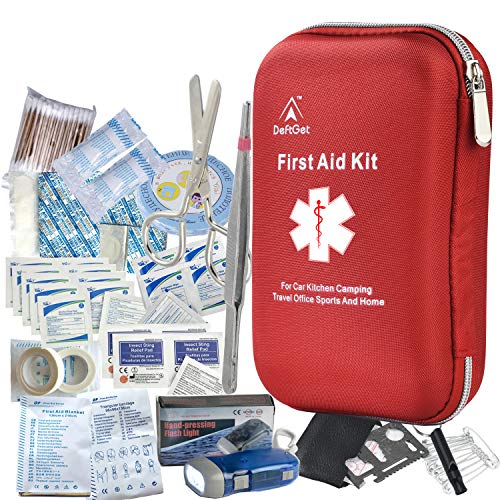 A first aid kit complete with hand sanitizer is always something to bring out metal detecting, whether traditional or when magnet fishing. There’s always the chance something can go wrong, so being able to handle it quickly is beneficial.

Unfortunately, there are some dangers surrounding the magnet fishing hobby, so much so that some locations have had to put out notices and special orders regarding it.

Be sure to check with all local regulations and maintain proper safety when going out to magnet fish.

Metal detecting can be done without a detector by using a very strong magnet to find and pull up ferrous material. Magnet fishing as it’s typically called is even the preferred method for detecting underwater and pulling up treasures that may have otherwise stayed in the waterways for extremely long periods of time, rusting away and causing issues.

There are some risks involved for magnet fishing that are not present in other forms of treasure hunting, so be sure to always exercise caution and check local laws, regulations, and ordinances before going out hunting.

If you have any questions or comments please leave them below. Until next time Happy Treasure Hunting!