Metal detecting drones: how do they work?

Today, drones have become an increasingly popular part of the automation industry. We can use drones for so many purposes today; all of which can help to immeasurably improve our lives and make things easier.

However, the one thing that you might notice about using drones is how many variables uses they can have today. If you were to choose to use a drone for something specific, such as security then you could do so with ease.

The only problem is that many of us aren’t 100% sure what to use a drone for. That’s why their use is still growing; some people simply aren’t sure how to get the most out of a drone. Are you involved in metal detecting in any capacity, though? If you are, then you might just find that metal detecting drones could be useful to you.

Today, many people are using metal detecting drones. They have become increasingly popular as a way of helping people to look for metal much quicker and easier than they could on their own.

With the speed and efficiency of a drone, you can get a lot more ground covered – and thus find more metal – if using a drone. These are still relatively new additions to the drone industry, though, with solutions still being worked on around the clock.

With new releases sure to come and metal detecting enjoying a resurgence, though, should you invest your money in an automated treasure hunting companion?

The rise of modular drones One of the most exciting rises in the use of drone technology is the ability to use drones for other purposes. In the past, we simply used drones for exploration, photography, or security.

This often limited the mobility and usability of the drone, though, turning it into a stationary solution as opposed to something that flew around like a normal drone. Modular drones, though, are changing that.

Modular drones are growing all the time, with new styles appearing on the market constantly. Drones are quickly changing and becoming more and more useful in industries where previously their use was seen as negligible. One of the best examples of this would be the metal detection industry.

Today, many companies and hobbyists are making more from their metal detecting days by using a drone to help them scout and scour for potential targets.

Today, the world of drones goes far beyond their original remit of simply being able to take photos or act as a courier. Metal detecting drones are actively making the lives of those in the industry easier.

Sure, it might cost you a few bucks to buy one, but it could certainly reap the rewards in the long-term. Given that a metal detecting drone will quite literally find you metals and resources to use or sell, it’s quite literally giving you a return on investment!

Won’t they just pick up my personal contents? 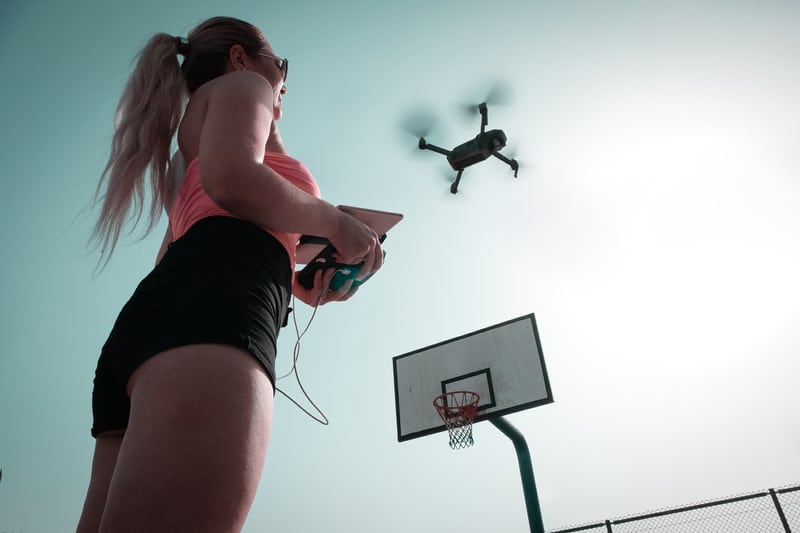 This is a common concern that we have seen from people looking for a reason to distrust the metal detecting drone. Won’t it just pick up the money in your pocket and keep hovering over you?

That’s the comical point that keeps being raised about these particular products. However, it would appear that they are a touch more sophisticated than this caricature that is being drawn up about the hardware.

Today, metal detecting drones are going to become a major part of the industry. Go to any beach or hillside where you usually bring your metal detector, and you’ll likely see some drones instead. They tend to be able to use various modules at once, such as being able to look for metal whilst showing you a video feed of their discoveries.

While they might latch onto the old ‘false discovery’ – such as, yes, the change in your pocket – the current level of metal detector drones out there seem very positive indeed.

While the main limitation today comes from the battery life, today we’re seeing drones with more and more battery power. While metal detecting drones might not have the best battery life, every new release seems to add a bit more strength to the drone.

Modular drones are coming, and they are going to be a major part of this massively moving marketplace. We should expect this to continue in the years to come, too, as more metal detector drones come on the scene.

So long as we can get a battery that is big enough to secure the metal detecting process for an hour or so, it could be a useful addition to any metal detecting society.

How would a metal detecting drone actually work?

At the moment, though, the most common example of how a modular drone-like this would work is with metal detecting. It would be equipped with the right metal detecting technology that you would need to use. It would also likely need some kind of video screen so that you can see what it finds (if it’s flying from afar).

By using the simple controls that would be provided, your metal detecting drone would then scour the local area, searching for signs of metal under the ground. If it did find some metal, then it could either close in on the discovery or simply hover in place. You could then go and investigate to find what it has discovered.

Sure, you would still need to go in and actually get the metal out of the ground yourself. Until we can come up with metal detecting drones with automatic diggers, though, this is still very useful.

You can now have the drone essentially fly around at a faster pace than you can, with the metal detector going off as soon as it finds anything. If it does find something strong enough, the modular feature will be programmed to bring the vehicle to a stop.

You can then go over and take a look at what it has found, digging up whatever is underneath there. Today, though, the main limit is probably finding a metal detector that is 100% compatible with use in a drone.

You could probably build one yourself, but it would take a variety of technical skills to build one that could be attached and then activated when sitting on a drone. At the moment, some are in development and look set to become part of the modular drone future. One fine example of a DIY drone, though, comes from Dirk Gorissen. As he posted on his proof of concept page over at DIY Drones, this exciting metal detecting drone could be something that is realistically built-in time.

It flies using some very standard detection electronics, and it was able to pick up small metal objects without much difficulty. Given this was posted in 2015, we would love to see what kind of features are now available on a device like this.

It’s still something that has to be built in full, though. While metal detecting drones are in the process of being built, how they operate will be very interesting indeed. Several concepts have been flown in the past, including the Goblin. Though this project was unable to reach its goal, the concept itself is sound.

This would have been the first-ever smartphone-controlled ‘treasure hunter drone’. Though it was not finished and the project is likely still being developed elsewhere, there is a clear market and an appetite for such a metal detecting drone.

One example of a fully operational treasure hunter drone, though, would be the Drone Rover. This gold detecting drone claims to be able to help scan 10x faster than other devices and can be done purely on its own.

You simply choose a location on the map that you wish for it to go and study, and then you hit Go. Then, you just need to follow the progress and swoop in to find some precious metals should the device manager to find anything.

Can you see, then, why so many people tend to go for something like modular drones? They offer so many possibilities. While we are still waiting for the next range of metal detecting drones to become a reality, it’s not a million miles away.

Today, they might seem a touch rough and ready. Over time, though? That will change. They will become a major part of the drone industry, as more and more modular drones come on the scene. We should expect to see more innovations like a metal detecting drone to become reality in the weeks, months, and years to come. It’s an industry ripe for experimentation and unique design!

13 thoughts on “Metal detecting drones: how do they work?”